September Dreams, performed by the UP Guitar Orchestra under the directorship of Prof. Lester Demetillo, was not your typical classical concert. The pieces that were selected were varied spanning different eras and styles from classical to contemporary including a few of our kundimans all transcribed for guitar ensemble. There were even original compositions by some of the orchestra members performed.

The concert showcased the virtuosity of the group and its members. The first thing you will notice is their ability to perform without a conductor. With their tight ensemble playing, you could see the way they communicate entrances and tempo changes.

The repertoire for the night not only featured the orchestra but also smaller groups of duets, trios, and quartets that highlighted its members and their skills. Their opening piece, Fantasia by Matthew Locke featured the guitar freshmen. Another piece Birdland by Joe Zowinul was transcribed for guitar quartet.There were also duets featuring the guitar together with voice like in Nicanor Abelardo’s Mutyang Pasig sung by soprano Keiko Cayagna, and Ano Kaya ang Kapalaran by Francisco Santiago sung by Pauline Arejola.

2 original compositions by members of the orchestra were premiered in the concert, their pieces showcasing the different personalities of the composers. Ing Leguan Ning Milabas (The Beauty of the Past) by Micah Sanchez for solo guitar, resembling that of a Filipino lullaby invoking nostalgia was calm, while a Duet for Violin and Guitar by Miguel Lumbao with violinist Andrew Evangelista was vibrant with a grandiose ending.

The last part of the program featured large works transcribed for guitar orchestra. Andrew York’s Harumi in three movements originally written for guitar quartet, was performed by the group, really stunning the audience. The concert was a success because it not only made an impact but also reached out to a wider audience circle where everyone was able to appreciate the music. 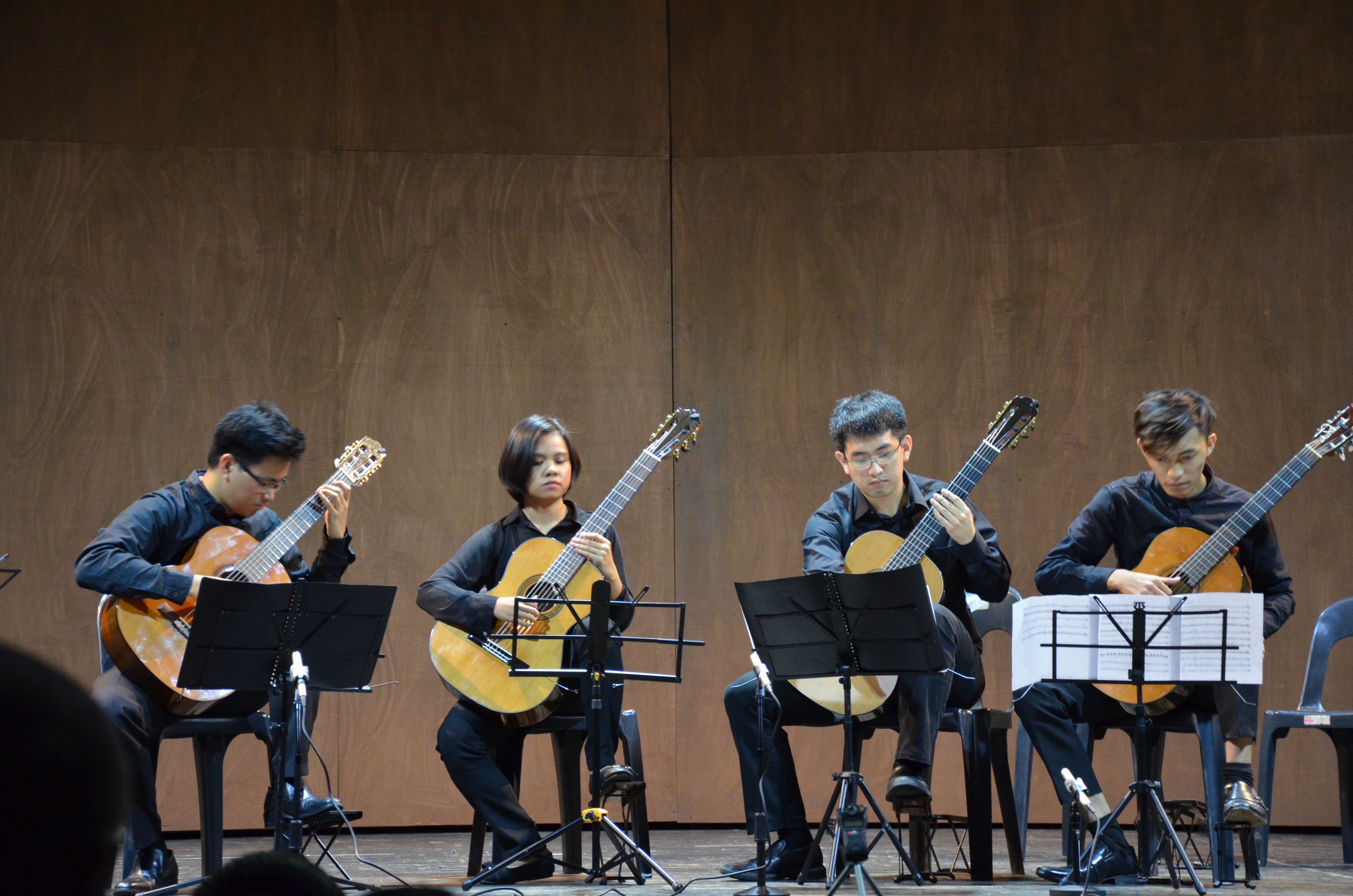 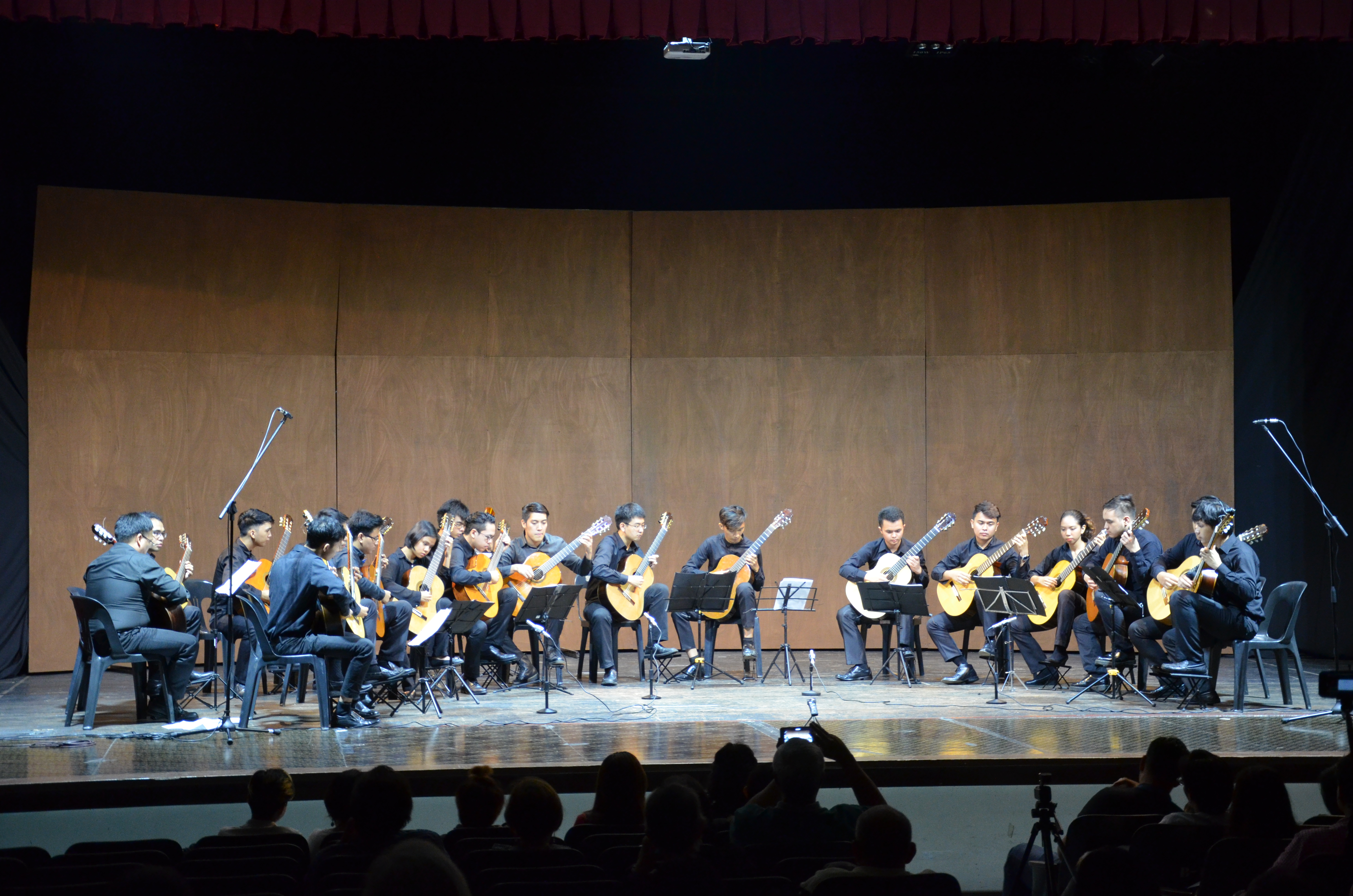 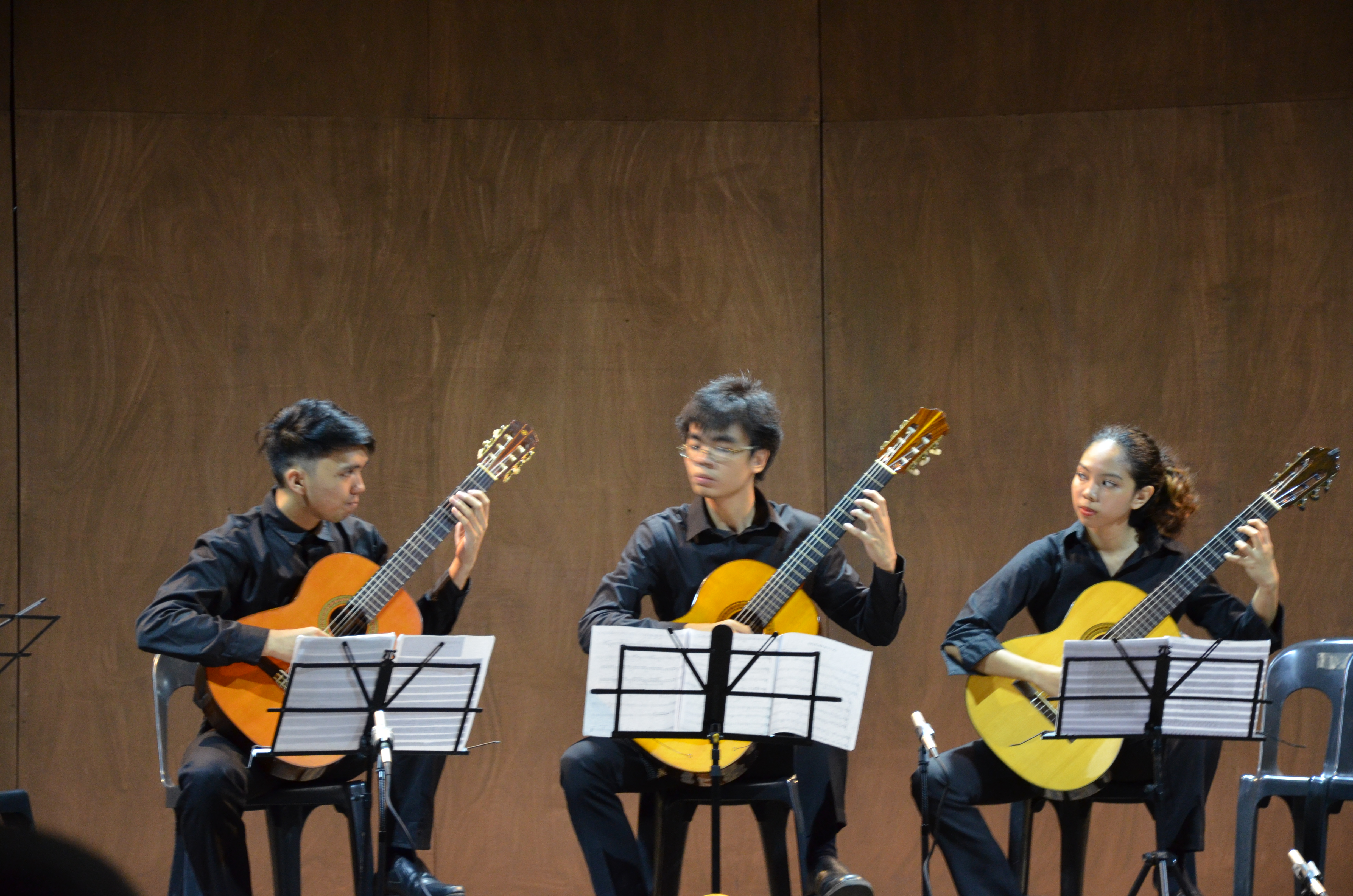 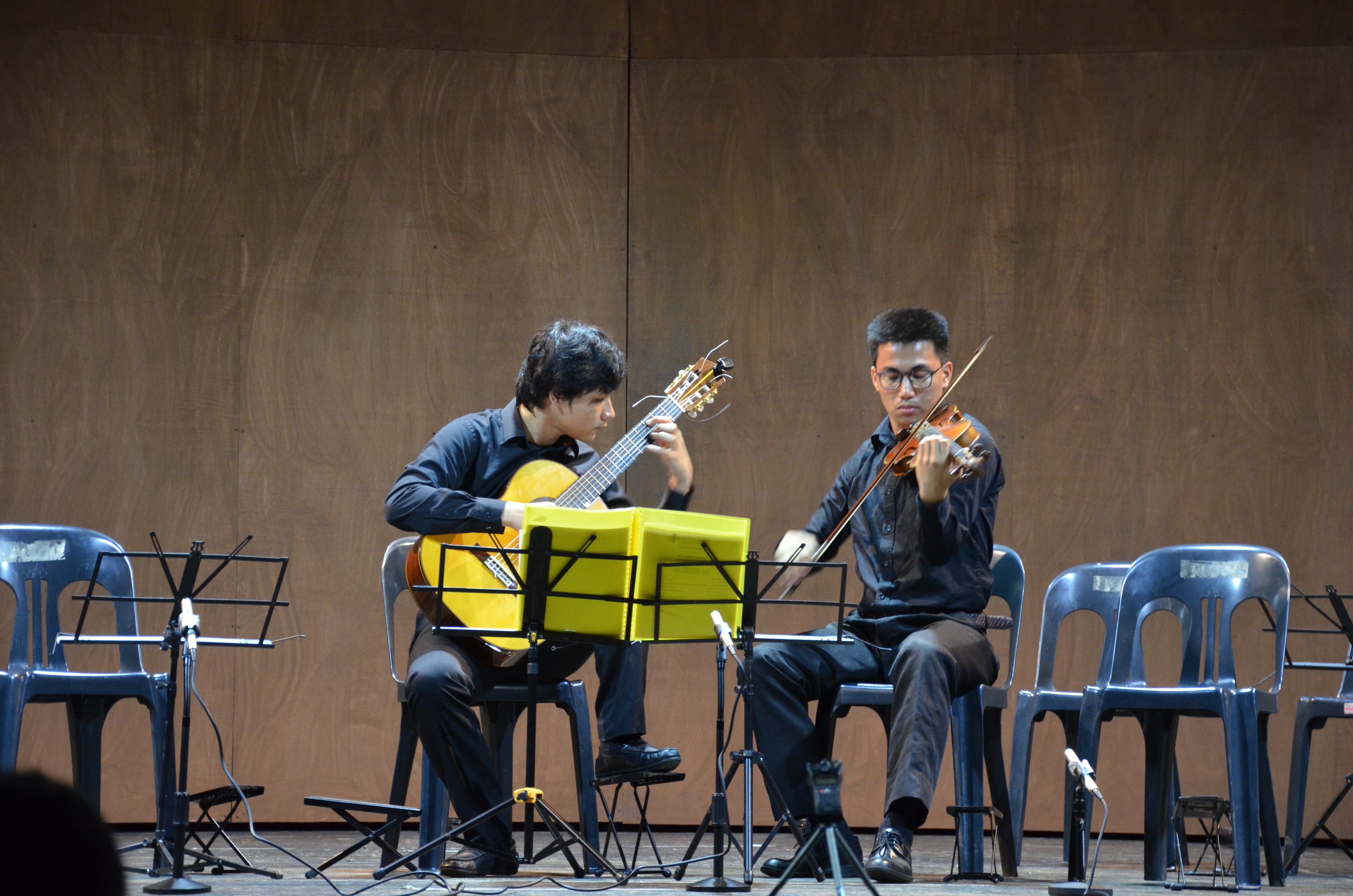 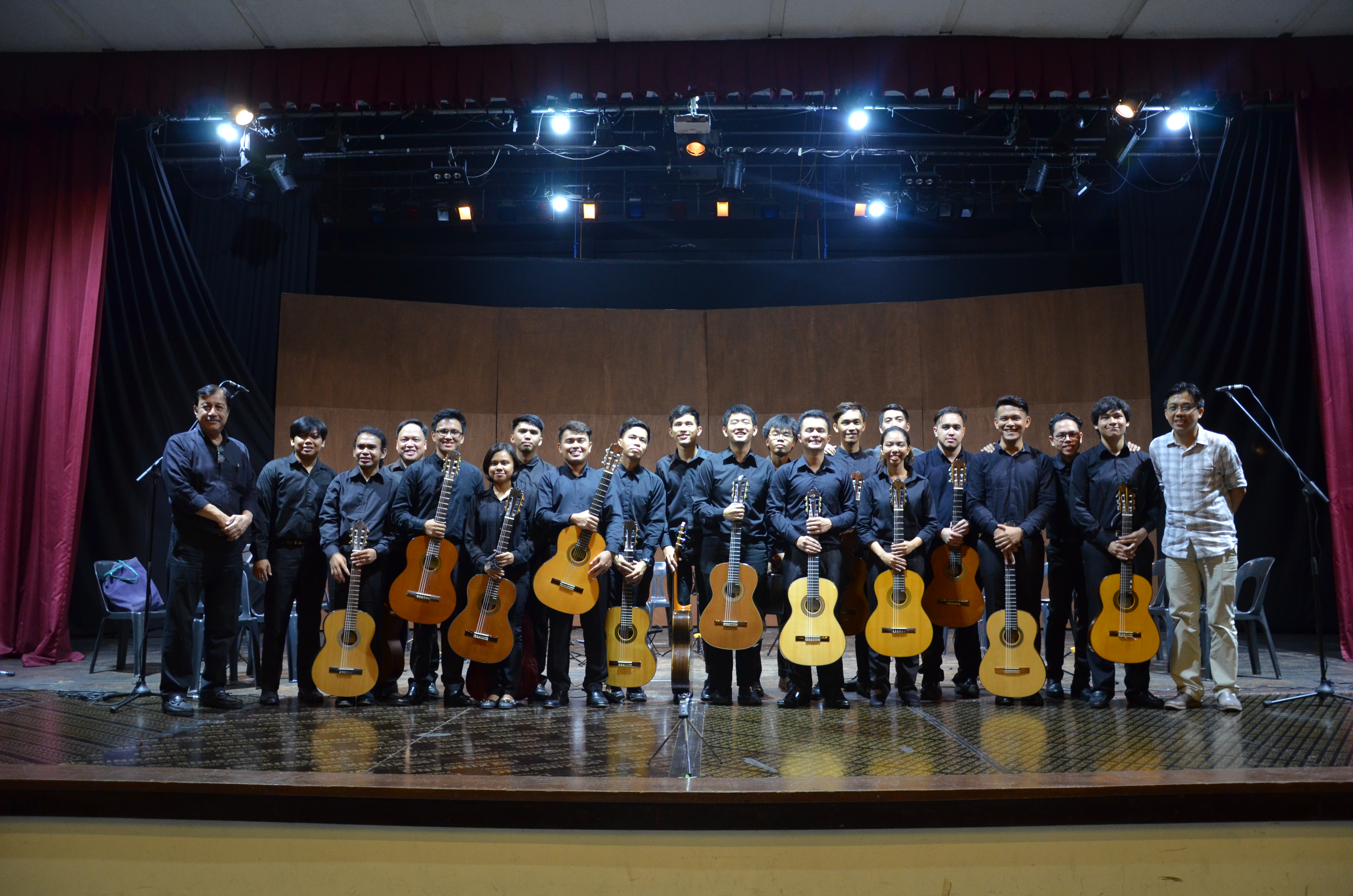 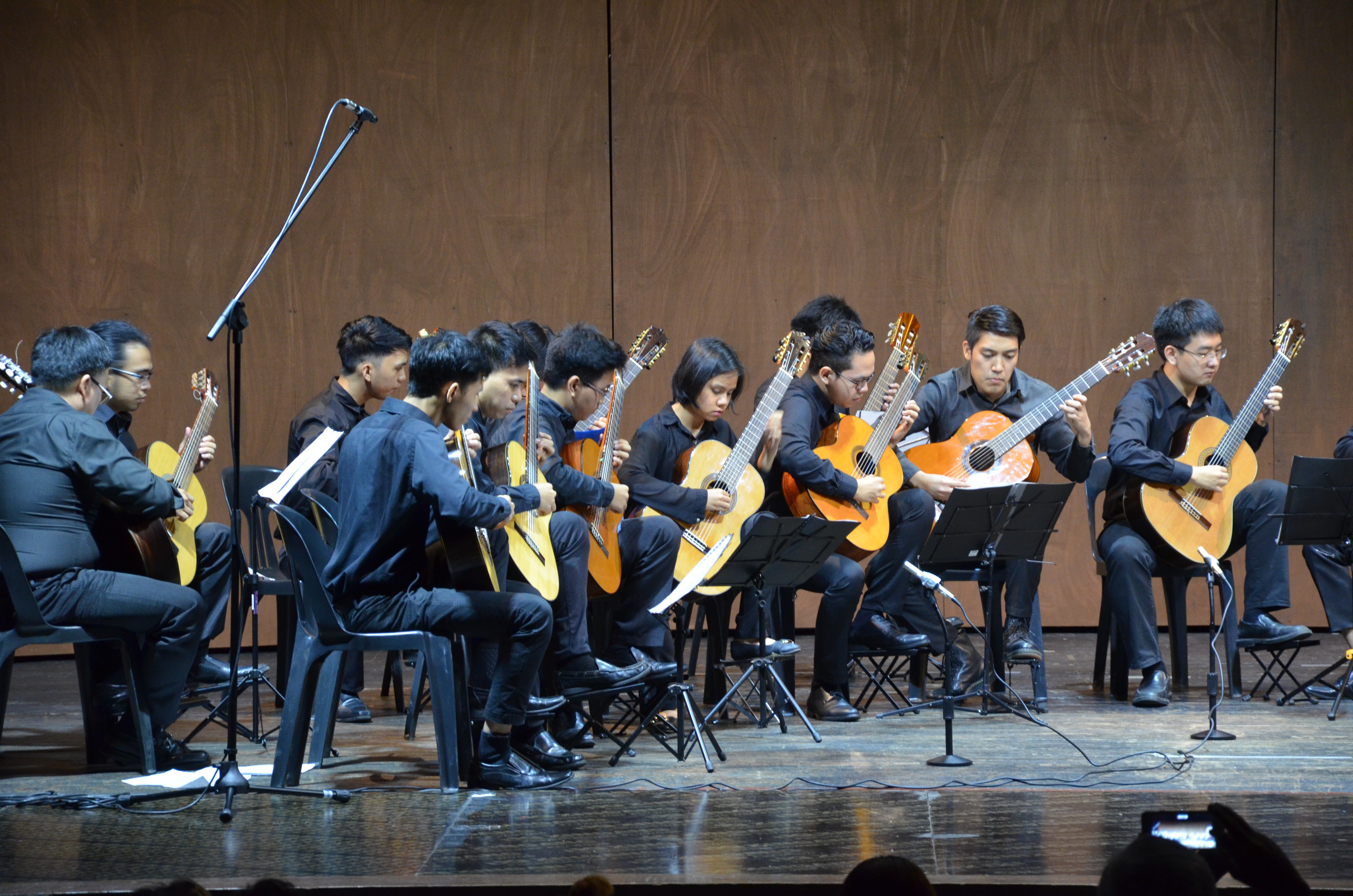 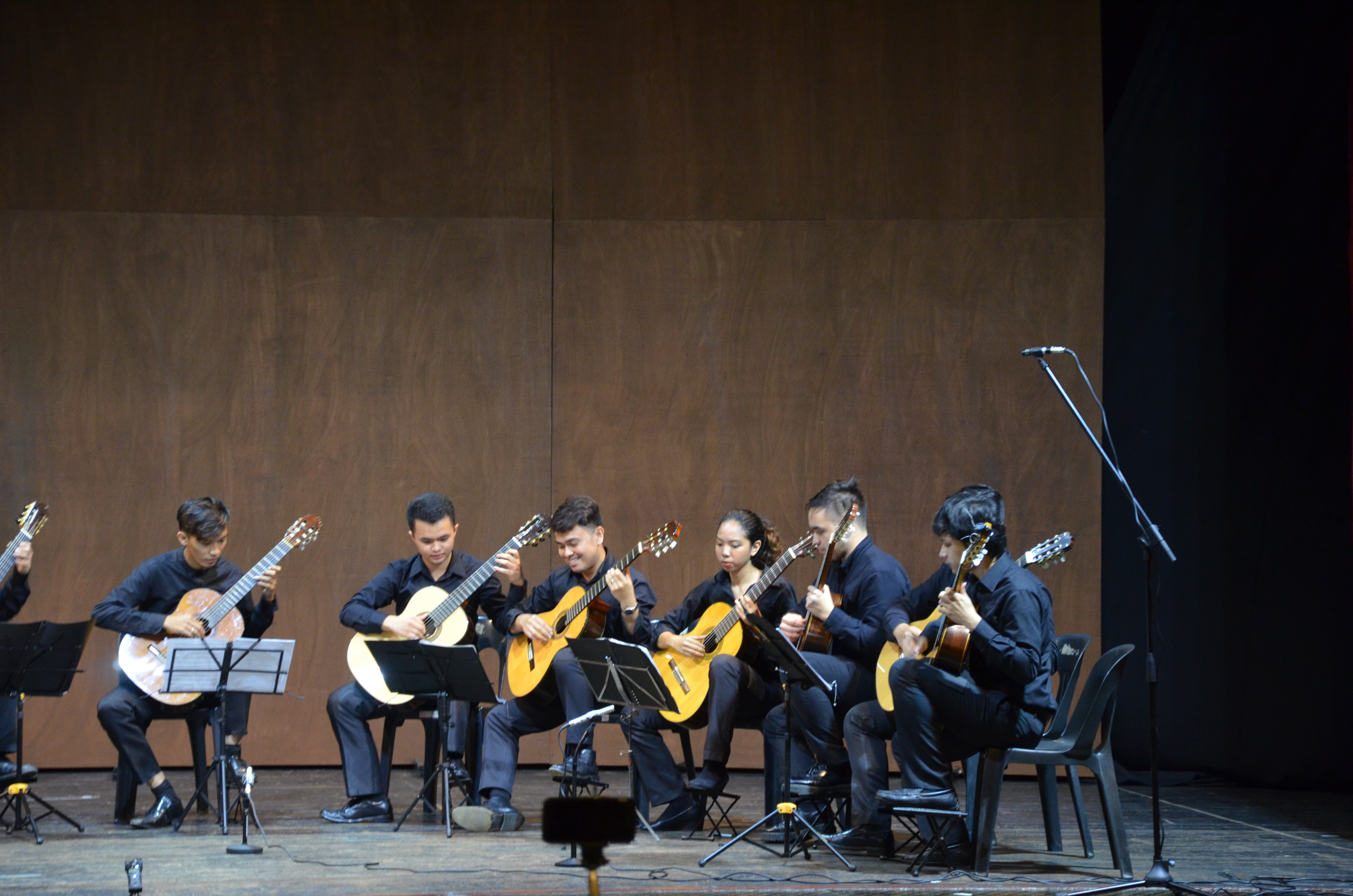 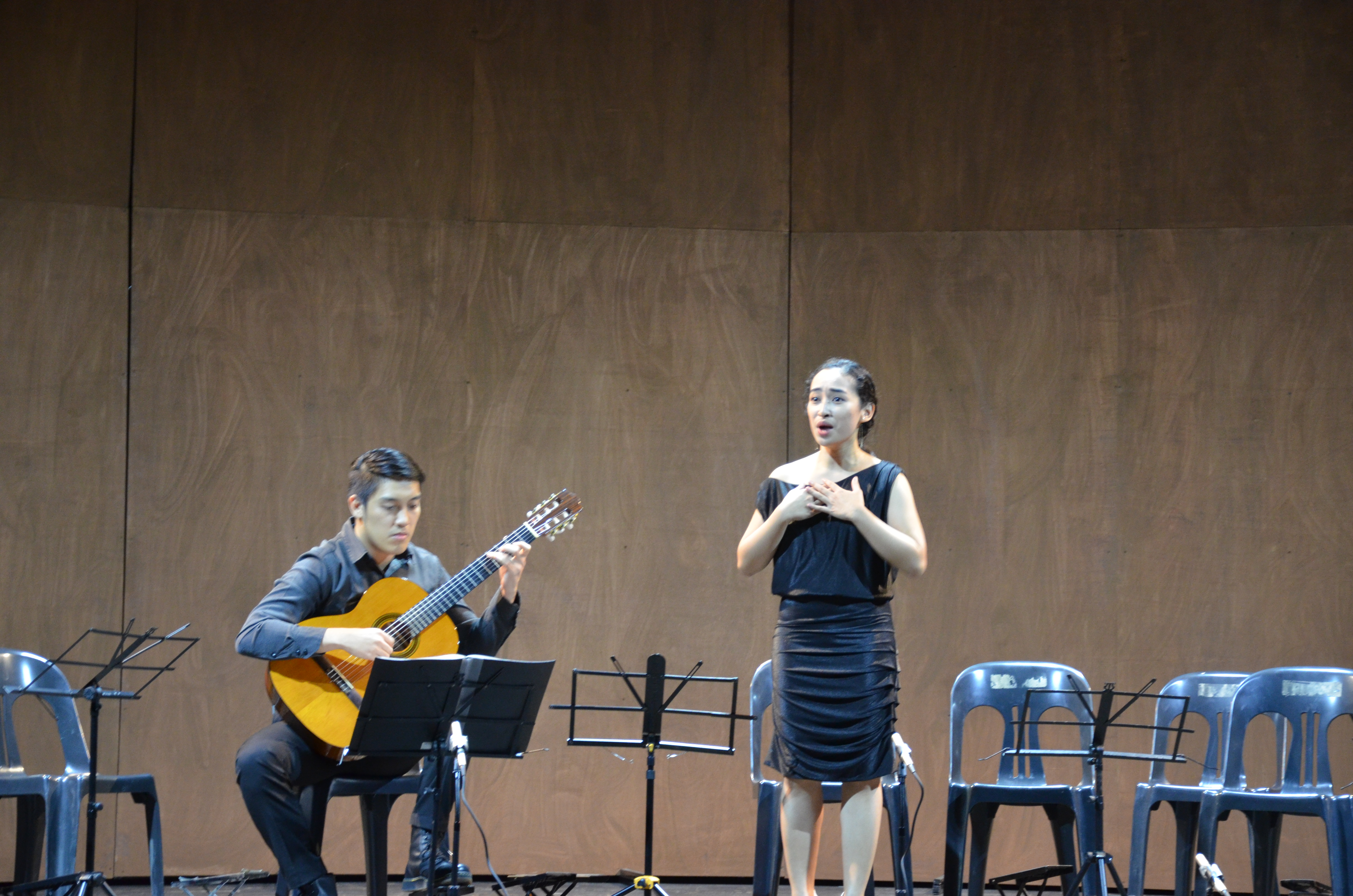