East Meets West During the UP Guitar Faculty’s Concert “Nonwestern”

On November 29, 2018, the UP Guitar Faculty performed in a concert titled Nonwestern held at the Abelardo Hall Auditorium. Prof. Nathan Manimtim, Maestro Lester Demetillo and Maestro Jose Valdez welcomed recent UP College of Music graduate, Patrick Roxas, to the UP Guitar Faculty as the four performed together. Three of their students from the college, Micah Sanchez, Ricardo Balledos, and Daniel Morabe, also performed with them.

The concert featured music from countries of the “nonwestern” music world such as South Korea, China, Japan, Brazil, and the Philippines. A significant basis in selecting the pieces for the concert is the historical and cultural significance to their countries of origin. Arirang, the Korean folk song which was adapted for the quartet, was chosen because it is the unofficial anthem of Korea and sings of the country’s oppression under the Japanese rule during the first half of the 20th century. Haru no Umi, a masterpiece by Michio Miyagi, was inspired from the composer’s memories of the Japanese Inland Sea before he lost his eyesight. On the other hand, The Maid Who Loves to Sing and Jasmine Flower are two Chinese songs that are popular in their homeland while Tong Tong Tong Pakitong-kitong is a famous Filipino folk song. Improvisasyon, by Prof. Augusto Espino, was based on another famous Filipino song, Atin Cu Pung Singsing.

The majority of the concert’s repertoire were transcribed, arranged, and adapted for guitar trio, quartet and large ensemble by Maestro Demetillo. The performers used their knowledge and technical mastery of the guitar to emulate the distinctive sounds of the compositions. They used special guitar techniques to recreate sounds of the Japanese string instruments in Quartet for Koto and Jushichigen, such as striking the strings near the bridge to mimic the sound of the Koto. By tapping the wood of the guitar, the performers were able to mimic the sound of drums in the Brazilian song, Uarakena, by Sergio Assad. Maestro Demetillo used two guitar techniques, plucking and harmonics, to produce Gamelan sounds for the Indonesian song, Gambangan.

For this concert, the UP Guitar Faculty went beyond the standard repertoire of the classical guitar by performing eastern music on a traditionally western instrument to let the audience experience a unique musical adventure of the East and the West. 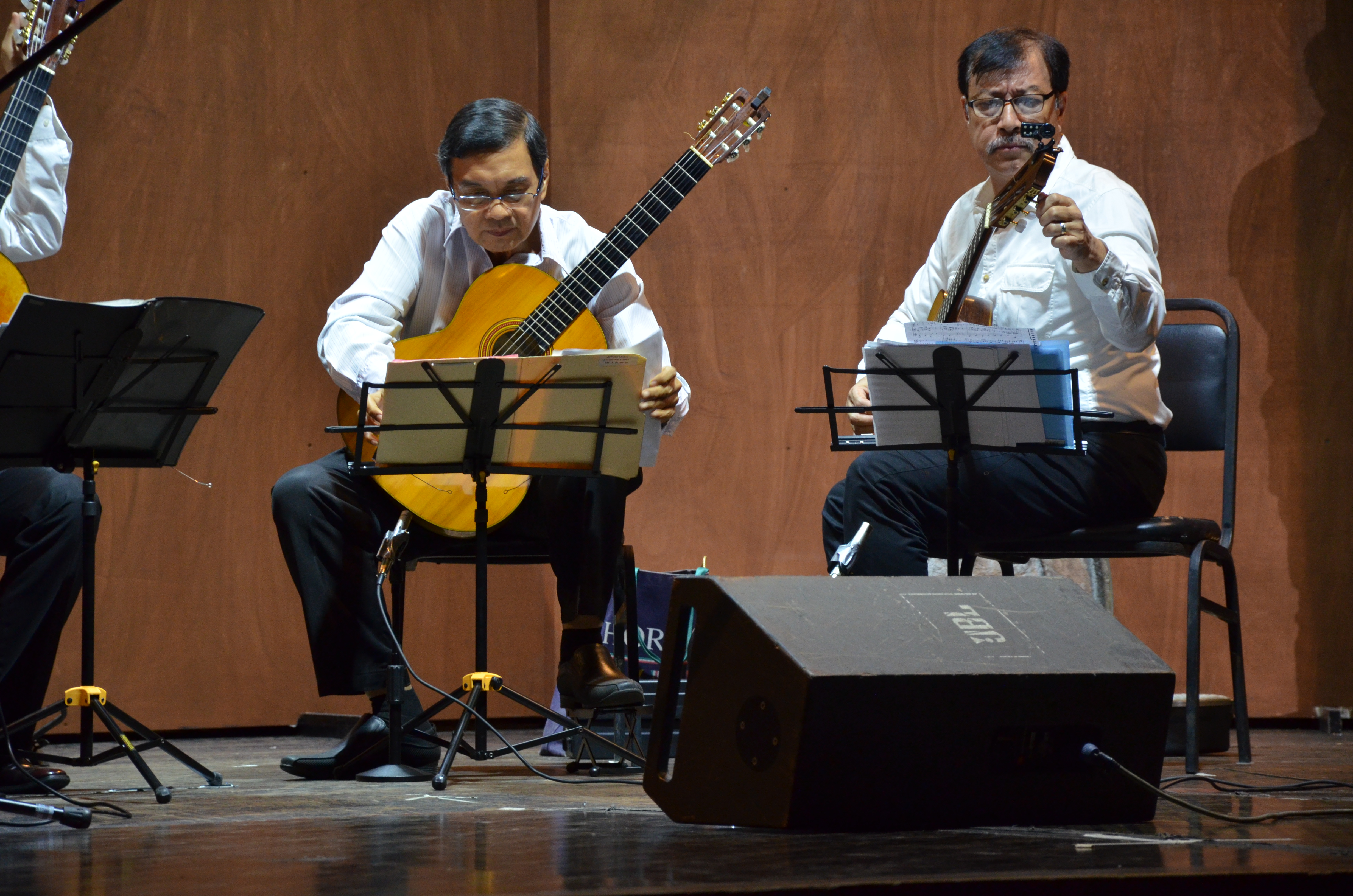 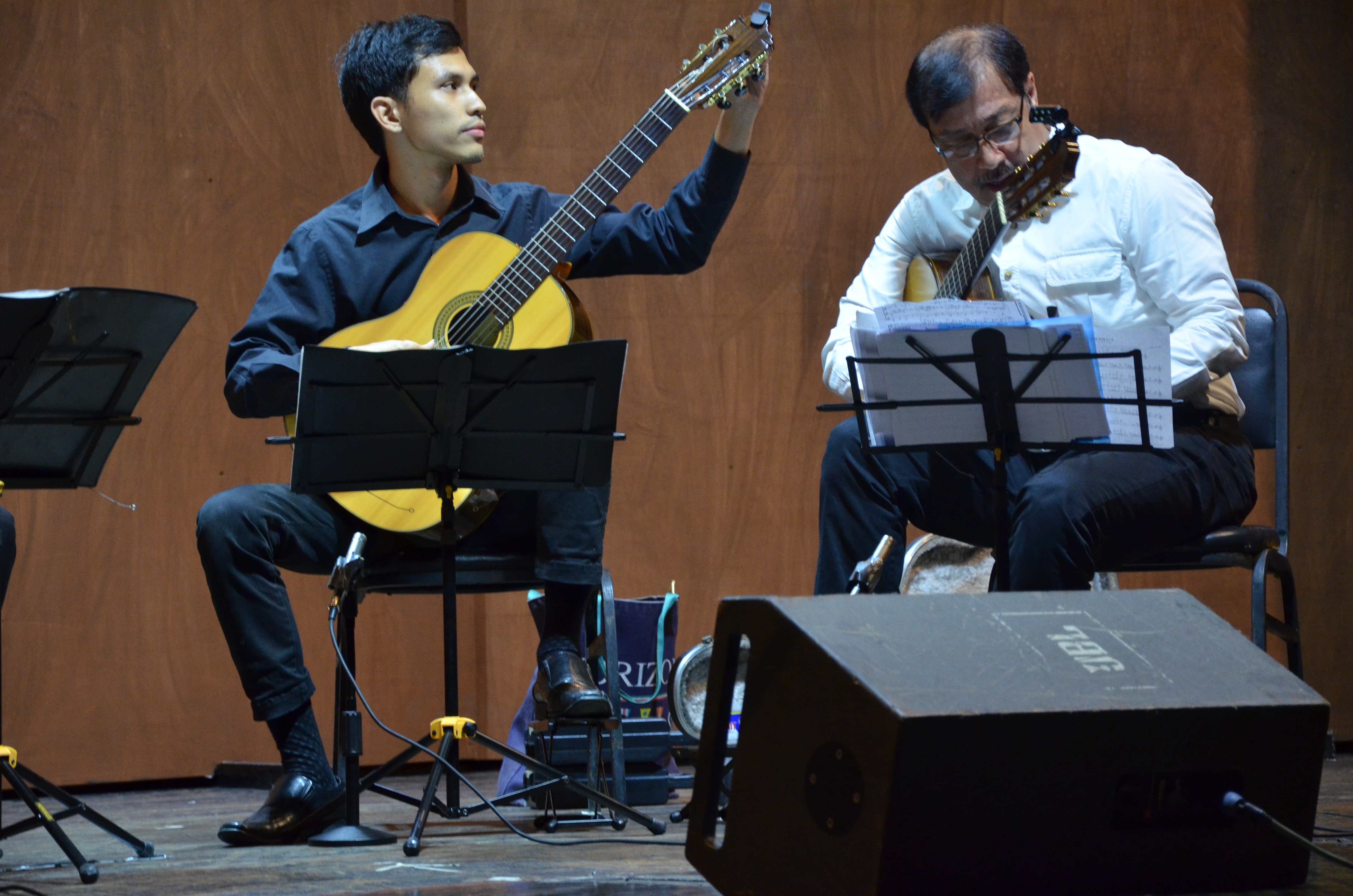 Micah Sanchez, graduating student, assisting his teacher, Maestro Lester Demetillo during one of the pieces 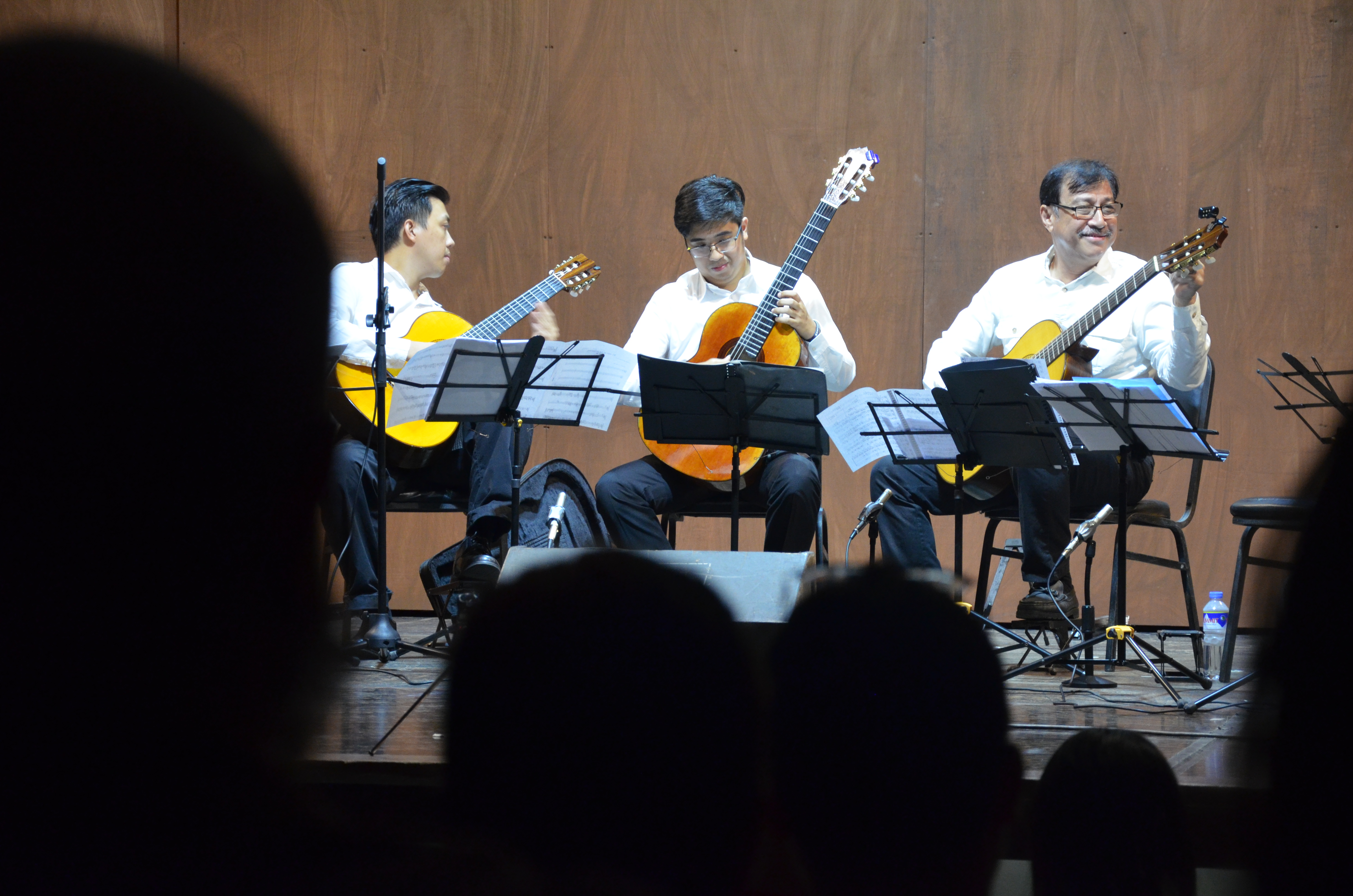 Senior faculty members with their junior, playing Haru no Umi 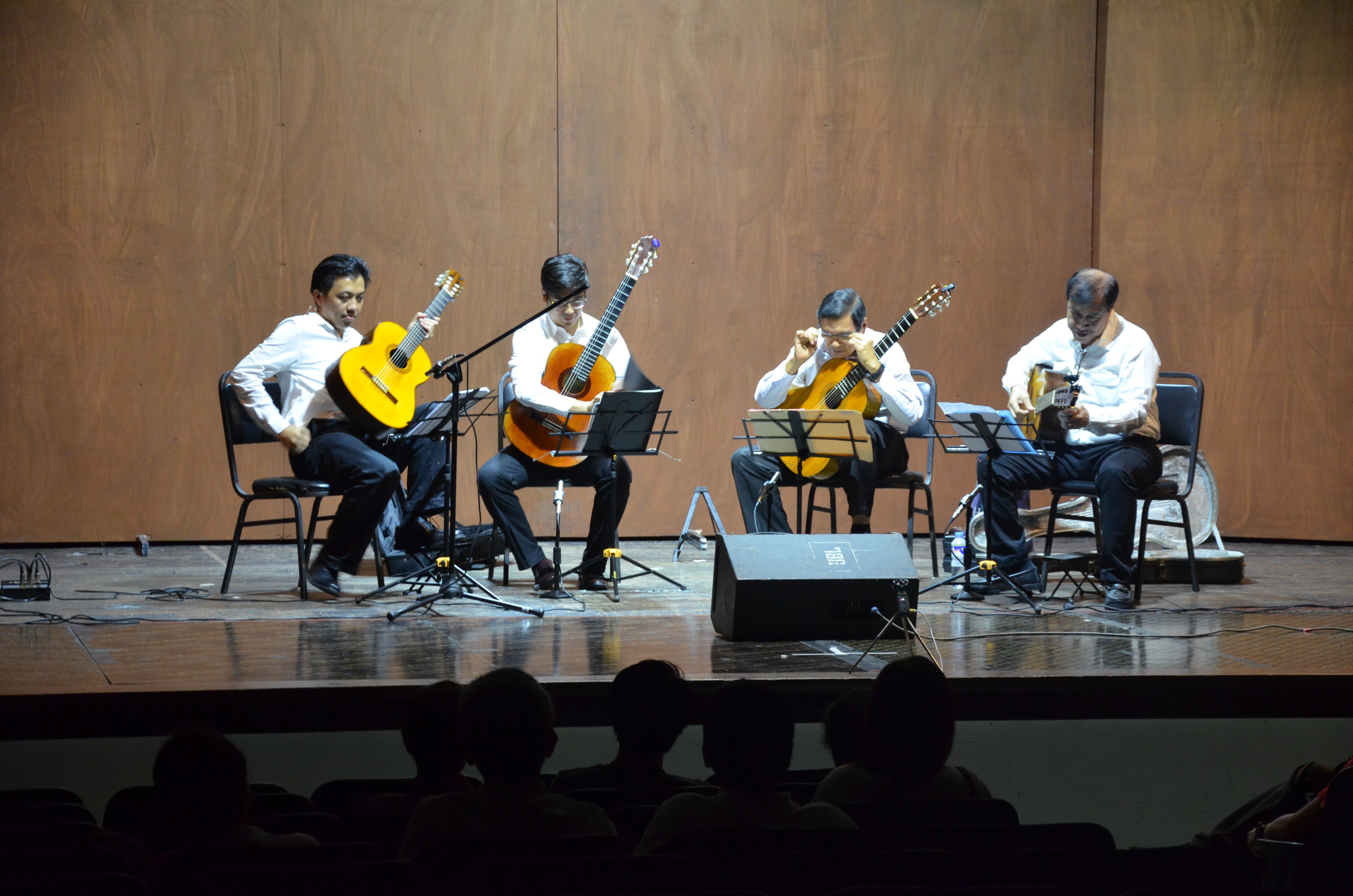 The four teachers during the opening act of the concert