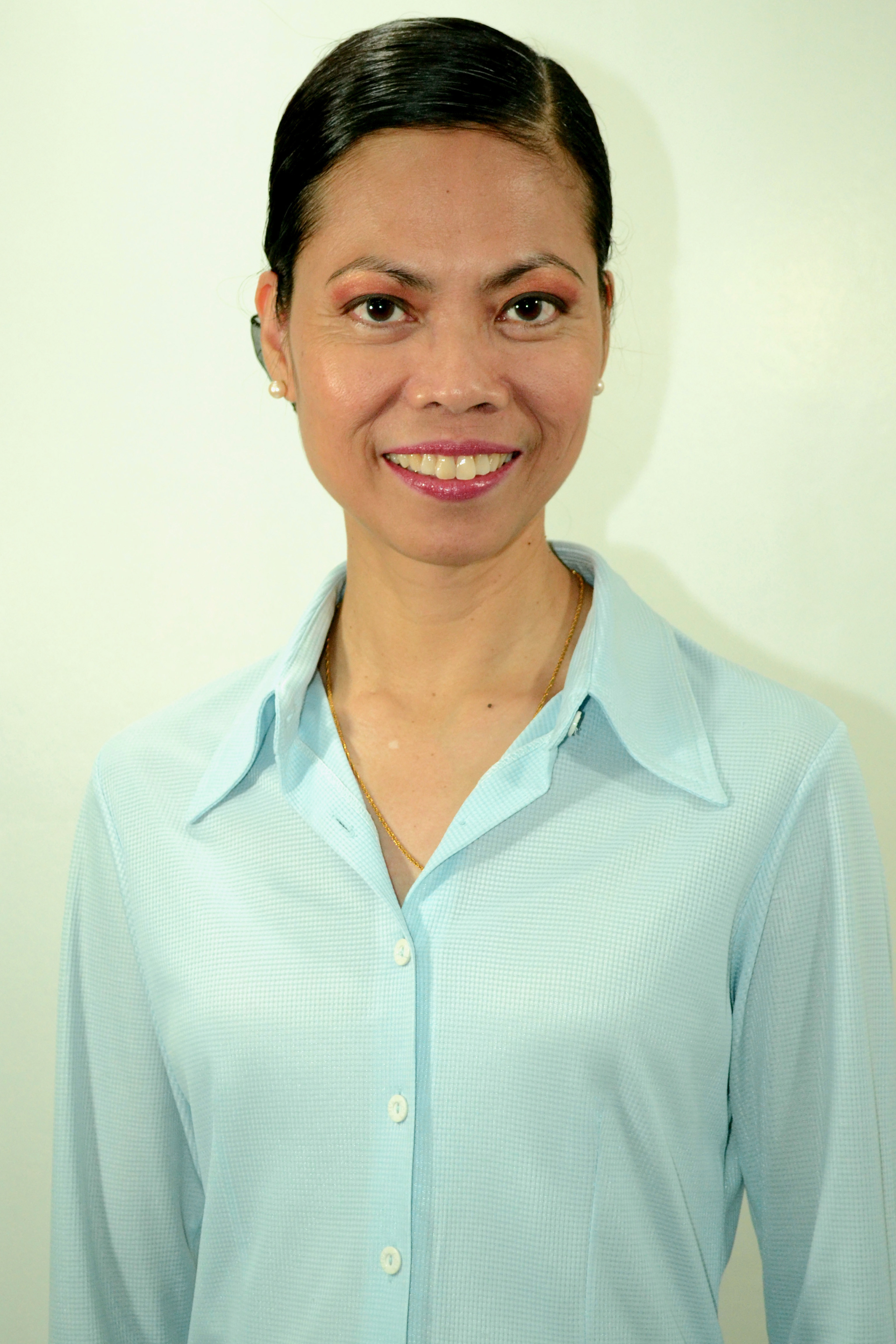 Professor and the current chair of the Keyboard Department at the College of Music, University of the Philippines.

Subsequently she took Voice for two semesters fulfilling her academic load requirement for a scholarship. These two semesters then extended into many years of serious graduate studies in Voice under Prof. Elmo Q. Makil and Prof. Ma. Cecilia O. Valeña. After finishing her Master of Music degree in Piano she was appointed in 1997 to teach at the Keyboard Department of the College of Music.

Fate had it that she played for almost all voice literature classes confronting her with the wide scope of art songs and culminated in her Master of Music degree in Voice in 2004.

In 2010 her international singing career increased while studying under Prof. Mitsuko Shirai and Prof. Hartmut Höll when she was invited by Maestro Mario Venzago to sing the part of Marie in Alban Berg’s „Drei Bruchstücke für Gesang und Orchester“ from the opera „Wozzeck“ at the Konzerthaus in Karlsruhe.

Some of the other conductors she was working with were Jurjen Hempel, Ruggero Barbieri, Hans-Georg Dechange, Gérard Buquet, Philippe Cambreling and Johannes Blomenkamp.

Featured Soloist of the following Orchestras:

Walumpu’t Walong Tiklado, a fundraising campaign in cooperation with Steinway Boutique Manila, Steingräber und Söhne and the University of the Philippines to bring in new excellent sounding grand pianos to the College of Music.

Piano Competition Leonor Kilayko, founded by Filipino concert pianist and pedagogue par excellence Leonor Kilayko in cooperation with the Keyboard Department of the University of the Philippines College of Music and the Steinway Boutique Manila to encourage young pianists ages 16-22 to achieve excellence in performance, discover the best among their ranks, present the winners to a wider audience and support their artistic development.

Elected to the RISING STARS! FESTIVAL 2015 (Baden-Württemberg, Germany) in the field of Art Songs
Career Service Professional (1991)
One of the Thirty Finalists for the Search for Ten Outstanding Students of the Philippines (1990)