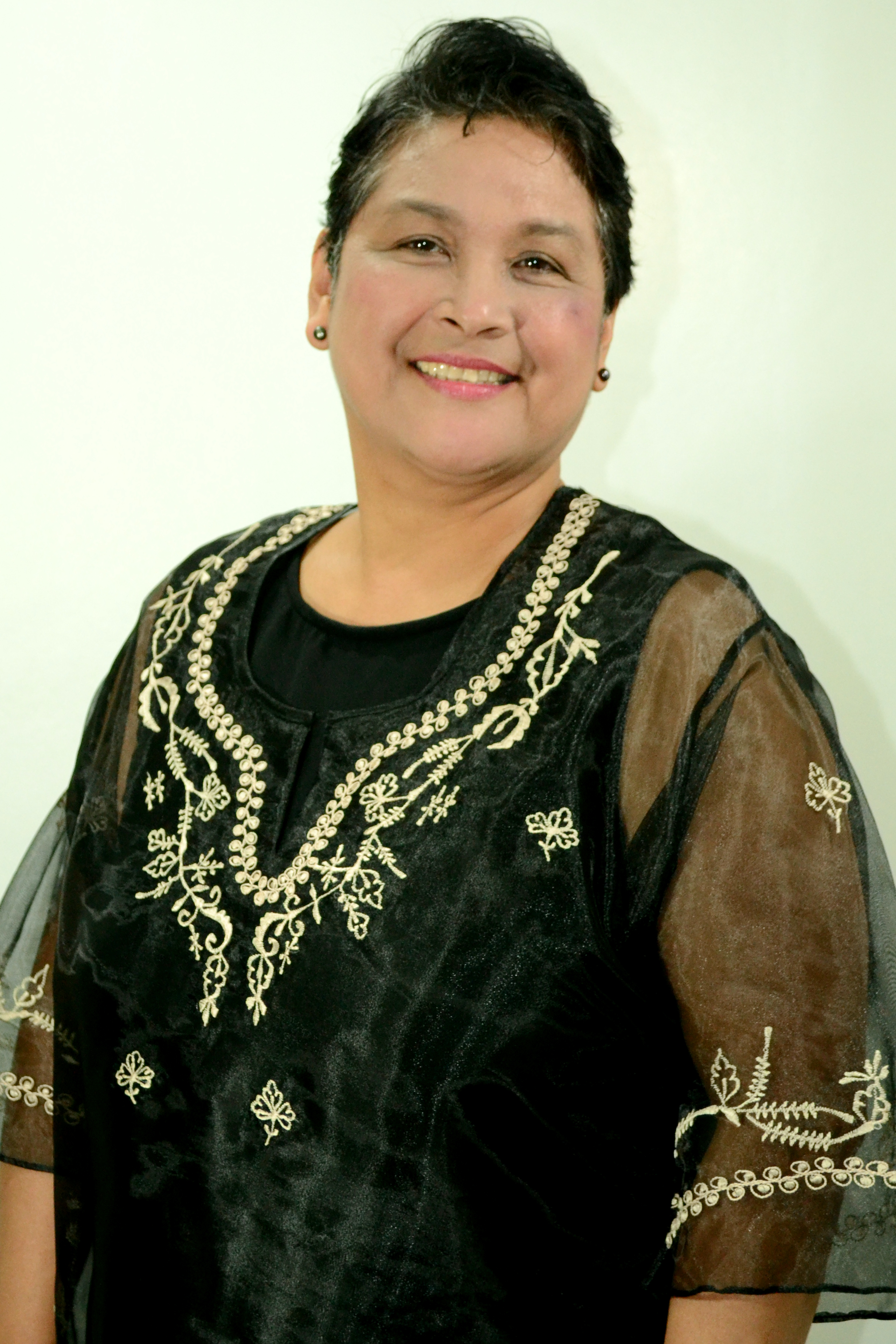 She first started to learn the piano at an early age from her mother, then at seven years old learned the violin with Prof. Vicente Sales and Mr Primitivo Marcelo. She later shifted to the Viola, the instrument of her choice at age 12 and was under the tutelage of Prof. Celso Estrella the UP College of Music then continued to be mentored by Prof. Rizal Reyes also at the UP until her graduation from college.

In the summers of 1987 and 1989, she was under the tutelage of the imminent Australian Violist and Chamber Music Artist Winifred Durie. She has also attended master classes under internationally-acclaimed artists such as violist Norbert Blume, violinists Christoph Poppen and Carmencita Lozada. She is founding member of the all-female group, Athenaeum String Quartet which she established in 1985 with colleagues from the U.P. College of Music and has remained active to this day.

Her experience in orchestra performance began as a violist in the children’s orchestra Pasaknungan Philippines under Prof. Vicente Sales, then with the Philippine Youth Orchestra, the Metro Manila Symphony Orchestra, and the Manila Chamber Orchestra under the batons of Prof. Sergio Esmilla and Prof. Regalado Jose respectively. Michi was likewise collaborative violist with previous seasons and international performances of the Philippine Philharmonic Orchestra as well as the Manila Philharmonic Orchestra in its conceptual years.

As an orchestra conductor, she counts as her first mentor, the late Prof. Reynaldo Paguio, former Dean of the UP College of Music and director of the world-acclaimed UP Concert Chorus